Reminder – that Sunday, 7-25 we host the Indianhead Trap Shoot.  The pistol and rifle range will be closed all day!

ALL New memberships and Renewals are now done online under “Membership”

To facilitate quicker checkout times when paying at the clubhouse, please remember to bring your confirmation emails!

Due to the increase in costs, and difficulty obtaining shells, we will be limiting our shells to scoring rounds only.

Effective 5/19/21 the price for a box of shells is going up to $12.00 per box. This is our cost on the shells that were ordered.We did not make this decision lightly. 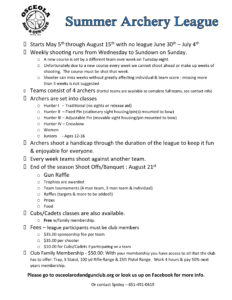 see archery rules and guidelines on the Archery Page here.

Both job descriptions and application process are explained on our Facebook page under the “jobs” section.

At the trap league meeting the following was established for the 2021 trap league season:

1. It will be a 16 week season. Shooting score rounds will start Friday April 30th.

3. You can shoot three weeks ahead.

Team rosters are due May 18th. 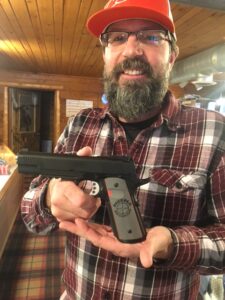 Club member Jeff Krueger started trap shooting three years ago, after not shooting since in his early twenties. Jeff fell in love with the sport and decided he wanted to get his family involved with him. He got his son-in-law Ryan Lillie to join the club and try  trap shooting for the first time. Ryan also fell in love with the sport and truly enjoys it. Jeff then decided it was time to introduce his  Grandson Liam Lillie to the sport. Liam is 8 years old and shoots a .410 single barrel shotgun. Liam started about two months ago and has already scored an 11 out of 25. Not bad for a youth shooting a .410. Liam also loves the sport and is now hooked like his Dad and Grandpa. It should be noted that the youngest age you may shoot at the club is eight and adult supervision on the line is a must at all times. All three love the sport and the Gun Club. Jeff and Ryan want to thank you all for welcoming Liam to the club! 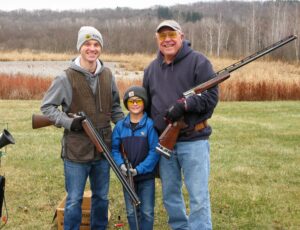 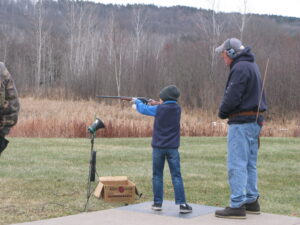 Harlan Leslie Oberg lost his battle with Agent Orange, Prostate cancer and Covid-19 on January 22, 2021. He was born on March 20, 1946 to Irene and Harlan Oberg. He graduated from Robbinsdale High School in 1964, enlisting in the Navy shortly after. On June 11, 1966 he married Vicky Anderson, the love of his life. Together they had two boys, Brian and Curt. They raised their family in Spring Lake Park, MN where he joined the local Fire Department. Les worked in 3 different hospitals as an Operating Engineer becoming the states youngest Licensed Boiler Operator. In 1980 Travelers Insurance Company recruited him as a Loss Control Specialist inspecting large facilities. He worked for several large insurance companies until his retirement.

Shortly before retirement they moved to Cushing, WI where they became active in the local trap shooting clubs. During the past several years he helped coach 2 High School Trap Leagues. He loved working with the kids and they loved him back. He was hoping to teach his Grandson Kolton the sport.

We’ll have to do that again.

Thank you to all the competitors and volunteers for another great Triathlon!

1st Place: Hunter Shira & Jared Lubbers. Congratulations on back to back wins! 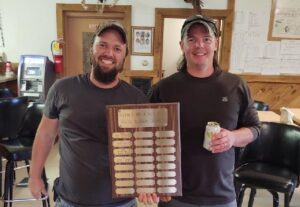 Note – from a our Range Safety Officers

Thanx to all those members who have attended Sunday Safety Briefings or invested their time to get their “Certificate of Completion” at our website online!

Congratulations to Hahns Huebsch on receiving the 2020 Osceola Rod and Gun Club Scholarship!

See his Thank you card!

It’s time to renew your memberships! 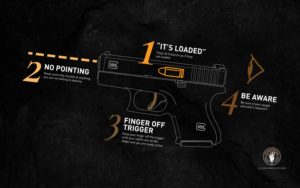 Safety briefings  occur on Sundays and continue through May as the majority of memberships are being renewed.  These briefings will be at 2 p.m.  Watch the club calendar for other Briefing opportunities.  Range officers will make an attempt to attend both archery and trap league nights to help make the briefings convenient.

See pictures and info for the
2nd Annual Banquet here!